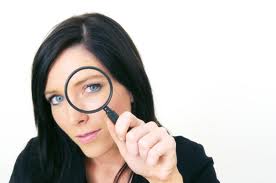 I recently posted information on Linked In about the EEOC strategy to pursue claims against  employers using a blanket approach to background checks of criminal history and credit information. According to the EEOC, such an approach would have discriminatory IMPACT on certain racial demographics, even if the actual applicant was not discriminated.

The concern for the trucking industry is that this “clearinghouse” procedure works well to obtain information about an applicant before inquiring in more depth. Even though it may cost prohibitive to run an individualized background, trucking companies could face an investigation by the EEOC if they continue the process.

Of course, if the trucking company shows that they did not screen applicants solely by the background check, they may escape the wrath of the EEOC.
In response to the post about the EEOC plan to investigate blanket background checks, I received the following from someone:

The “Kaplan” reference is to a decision by a federal trial court in the Northern District of Ohio.  (EEOC v. Kaplan Higher Educ. Corp., N.D. Ohio, No. 10-2882, 1/28/13). I presented this argument Professor Bill Corbett of the LSU Law School. His thoughts are outlined below:

Two thoughts:  1) Fed. Dist. Ct in Ohio, so limited authority, and 2) decided mainly on exclusion of evidence.So, I think the repercussions will not be that great.

Applying Daubert Factors to Exclude Expert
Kaplan does not collect information on the race of its job applicants, so EEOC’s expert used state department of motor vehicles records and/or drivers’ license photos to determine the race of some rejected job applicants, the court recounted.
In cases in which an applicant’s race was not provided, the expert therefore used a panel of “race raters,” each working separately, to select the race of rejected applicants from license photos, choosing from among white, African American, Hispanic, Asian, or other. EEOC’s expert required four of five raters to agree on an applicant’s race for that individual’s race to be included in his expert analysis; in 11.7 percent of the photographs, race raters were unable to achieve the required 80 percent consensus.
Granting Kaplan’s motion to exclude EEOC’s purported expert testimony, the court said the expert evidence is inadmissible “because [EEOC] fails to present sufficient evidence that use of ‘race raters’ is reliable” in terms of identifying the race of rejected job applicants.
The court analyzed EEOC’s technique under Daubert v. Merrell Dow Pharmaceuticals Inc., 509 U.S. 579 (1993), and found the “race raters” procedure cannot meet any of the Daubert criteria for admissibility of expert testimony under Rule 702 of the Federal Rules of Evidence.
Under Daubert, courts consider a “non-exhaustive checklist” in assessing the reliability of scientific expert testimony, the court said. The relevant factors include: whether the expert’s technique or theory can be or has been tested; whether the technique or theory has been subject to peer review and publication; the known or potential rate of error when applying the theory or technique; the existence and maintenance of standards and controls; and whether the technique or theory has been generally accepted in the scientific community.
EEOC cannot show the use of race raters to identify race from photographs meets any of those Daubert indicia for scientific reliability, the court decided.
Among other points, the court said EEOC’s evidence purporting to show “anecdotal corroboration” of the raters’ identification of race in a limited sample of 57 applicants was insufficient to substitute for a “rate of error” under Daubert.EEOC also cannot show the process of “rating race” by visual means has been the subject of peer review or publication or that its use of race rating was subject to proper controls, the court said. EEOC’s expert sat on one of the panels that determined the races of 15 applicants and race raters were “provided the names of applicants, which may create unintended bias” on the panel’s part, the court said.
Far from visual identification of race being generally accepted in the scientific community, the court added, EEOC’s own guidelines discourage employers from using visual cues to identify particular individuals’ race.

“[I]t is clear that EEOC itself frowns on the very practice it seeks to rely on in this case and offers no evidence that visual means is accepted by the scientific community as a means of determining race,” Judge Patricia A. Gaughan wrote.

Since Kaplan moved for summary judgment, EEOC must be able to “provide some evidence at this juncture demonstrating that the use of credit reports has a disparate impact on black applicants,” the court said.

“Because [EEOC’s] expert relied on data obtained by unreliable means, the court finds that whether the jury could ultimately ‘correct’ the process employed by the ‘race raters’ is irrelevant,” Gaughan wrote.

No ‘Representative Sample’ of Applicants
EEOC argued even if the court disregards all the applicants whose race was determined by the race raters, it still produced sufficient data for a court to find Kaplan’s use of credit reports has a racially disparate impact on black applicants. But the court said EEOC’s argument was untimely made and will not be considered. Assuming the argument was timely, the court said the data results presented by EEOC’s expert nevertheless are “skewed and unreliable,” even if the applicants identified by the race raters are excluded.
“Aside from the untimeliness, the court is greatly concerned that there is no indicating that the sample [of job applicants] is random,” Gaughan wrote. “Rather, it appears that the sample would consist only of those specific individuals for which race data was provided. There is no indication, for example, that the data [are] fairly distributed among geographic areas or [are] in any other way ‘representative’ of the applicant pool as a whole. … [T]he ‘correction made by [EEOC’s expert] to exclude all ‘race rated’ applicants does not save the [expert’s] report and testimony.”
For example, the court said that while Kaplan’s expert indicated the rate at which applicants failed the credit check was about 13 percent when all data were considered, EEOC’s expert’s subset of data had an overall failure rate of 23.8 percent. EEOC’s expert’s applicant pool included some 19.6 percent from Georgia, while the data as a whole showed Georgia residents comprised about 10 percent of applicants, the court said.

“Although the court does not go so far as to require a sample necessarily be perfectly random or precisely representative of the whole, in this case defendants have proffered evidence demonstrating that the sample was not taken randomly,” Gaughan wrote.

EEOC argued its expert consistently applied the same “criteria” in order to obtain the sample of applicants used in his expert analysis. But “there is no indication that the application of these criteria resulted in a fair cross-section of the applicant pool,” the court said. “The application of ‘criteria’ in and of itself does not mean that the analysis is admissible. For example, [EEOC’s expert] may have had race information only from certain localities which might skew the sample.”

“[W]hile the court acknowledges that a statistical analysis need not be ‘perfect’ in order to be admissible, the evidence presented by defendants’ expert shows that the sample was not randomly taken and is not representative of the applicant pool as a whole,” Gaughan wrote. “Because the EEOC fails to present any evidence indicating that the analysis is nonetheless admissible, the court finds defendants’ argument to be well-taken. The court will exclude [EEOC’s] expert report and testimony on this additional ground as well.”

Conclusion:
Since the court decided EEOC cannot satisfy its Title VII prima facie case, it declined to reach Kaplan’s alternative argument it can prove an affirmative defense.necessity.
This is really an important case to keep in mind for trucking companies to use if confronted by the EEOC over the trucking company’s use of DAC in making an initial analysis of employment decisions.
Any thoughts? Please share. Otherwise, if you need assistance in North Louisiana or Northeast Texas, let me know.
Mark Perkins
Perkins & Associates, LLC
318-222-2426
Will Trucking Company “DAC Background Checks” Violate Title VII Because Discriminatory Impact?2013-02-142017-05-04https://perkinsfirm.com/wp-content/uploads/2017/01/perklogo-white.pngPerkins & Associates Attorneys at Lawhttps://perkinsfirm.com/wp-content/uploads/2017/01/perklogo-white.png200px200px
Recent Posts
Quick Links
Contact Info
Popular Posts
Material presented on the Perkins & Associates, L.L.C. website is intended for informational purposes only. It is not intended as professional advice and should not be construed as such. The material presented on this site is included with the understanding and agreement that Perkins & Associates, L.L.C. is not engaged in rendering legal or other professional services by posting said material. The services of a competent professional should be sought if legal or other specific expert assistance is required. This website is not intended to be advertising and Perkins & Associates, L.L.C. does not wish to represent anyone desiring representation based upon viewing this website in any state or jurisdiction where this website fails to comply with all laws and ethical rules.
Tricky Deposition QuestionsDiscovery, Litigation
Another Battle Over the Discoverability of Social MediaDiscovery, Litigation