Will Trucking Defense Attorneys Make Any Money in 2013?

Trucking 2013 forecast: not great but not gloomy

According to Lyndon Finney of   “The Trucker”, American Trucking Association’sChief Economist Bob Costello issued his forecast for trucking 2013. It isn’t rosy, but neither is it gloomy. “Unfortunately for the next few months freight volumes are going to go sideways,” Costello told delegates to the ATA Management Conference and Exhibition in October 2012.
So now that  we are almost out of the first quarter of 2013, how are things going for the trucking industry and for those of us who defend it? I don’t know about my fellow attorneys, but I definitely see the industry and insurance carriers tightening the belt. Frankly, I am doing the same.
From time to time, there is a move to consolidate into fewer firms; however, I wonder how that is a benefit when law firms may have to travel 5-6 hours for hearings or investigations? Wouldn’t it be in the company’s best interest to hire a  more regional firm experienced in trucking matters, but also familiar with the culture of the locality?
Obviously, there is also the concern about billing and whether the attorney is doing too much or not enough. An experienced trial lawyer knows what is important and what is not, so trust in the experience of the attorney. Additionally, some matters take time to ferret out the details that will assist in the success of a particular. It doesn’t take much financial investment to lose a case. 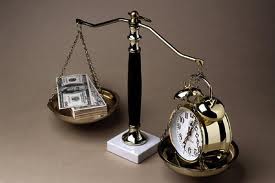 James Cerone in the “Journal of Insurance Operations” reported that nationwide, insurance defense attorneys charge about $130 per hour, with higher hourly rates often found in big cities (or in niche litigation). Actually, insurance defense rates are not high, compared with the hourly rates of most other legal practice areas such as work relating to the Securities and Exchange Commission, mergers and acquisitions,  labor law, corporate litigation, real estate and domestic litigation. Quite often, the hourly rates attorneys charge defense work are upwards of 40% lower than what they charge insurers for corporate work. 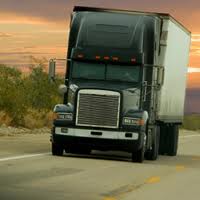 Trucking defense attorneys are in this for the long haul (pun intended). We respect the industry and we want to see it grow and prosper. Few of us are so short-sighted that our goal is gouge the client. Personally, I have only had one trucking client “go another direction”  over the cost of litigation; however, in my defense, two of the last cases I handled were very odd.
One involved a serious rear-end collision by a drunken salesman driving a company car on a Saturday night. In Louisiana, one of the few means to obtain punitive damages is in drunk-driving case.  Although we argued the driver was not in the course & scope of his employment, he was still arguably covered by the company’s self-insurance.  After intense battles over discovery, focus groups and preparation for the trial, we were able to settle the case before the trial for the same amount we offered at mediation. A win.
The other case involved the delivery of chemicals to a chemical plant in which one of the employees allegedly developed a respiratory disease. Several defendants were named: the chemical company, the manufacturer of the chemicals, the employer, and two trucking companies. I tried early on to get my client, an LTL trucking company, dismissed but when the plaintiff’s attorney spoke to “an expert,” Lew Grill, he thought he might have a case. More on Lew Grill another time, but suffice to say, he did not have a good case against us nor the other trucking company.
We were able to settle the case for about 4% of the total settlement value. That seemed like a very successful outcome, but unfortunately there was a lot of discovery, depositions, travel time  and document battles. Additionally, my client had to re-create a lot of documentation in response to discovery so I think, all in all, the cost of defense was way out of whack with the ultimate result. Especially, when this client compared the costs of litigation in these two cases with the cost of litigation in wrongful death claim being handled by another attorney (someone I had actually referred them in order to prevent unnecessary costs of travel). I think the fact that the two cases, I had were so odd, that a comparison was a bit unfair. No matter, it is what it is.
What did I learn from those cases in properly defending a client without breaking the bank?
1. Don’t travel out of town for  a deposition if you can take it by phone. Even though the client approved the travel, sometimes it’s not necessary.
2. Give the client credits on the bill if more time was taken than you believe a task should have taken (which I did). Some people argue that a bill should never be discounted because it shows you are not watching the time contemporaneously. When you review the bill as a whole, you can see where some things may have taken longer than expected. Do the right thing and discount the bill.
3. Discuss with client in advance if they want you to travel (which I did), as well as other strategies such as hiring experts, focus groups, discovery challenges, surveillance. I am not aware of any attorney who would not do this, but I could be wrong.
4. Remember that it may not be the claims department calling the shots ultimately; it may be the “bean-counter” who questions why a defense should cost so much. Your contact may like you and want you on cases, but it’s out of their hands. Take your lumps and move on. Always keep a good working relationship with former clients.
5. Try to negotiate dismissal or  settlement several times during the duration of litigation (not just at mediation). Look for legitimate reasons for a summary judgment motion and even if not successful, it may help you glean out issues for trial. Don’t file exceptions and motions for no good reason. I didn’t, but it’s a good rule to remember.

6. Take a stand! Don’t pay costs of defense for cases that SHOULD be fought. Even though the battle in these two particular cases may have cost more than any of us intended, you can be certain that the plaintiff’s attorney will tell others that this attorney and that particular client are NOT push-overs.
7. It’s not your  money so if the insured client is willing to limit the cost of defense by settling the case, that’s perfectly acceptable. I Consider paying as the cost of defense only if it’s in the best interest of the INSURED. Otherwise, it would be wrong for  the insurer to do this because it violates the insuring agreement to pay (only) those sums for which the policyholder is legally liable. It also fosters the notion that the insurer is an easy or liberal payer of claims; a perception that will bring demands to pay something for anything. The appeal of this approach should disappear with the presence and use of staff counsel.
8. Draft a budget and litigation strategy early in the case, but BE  FLEXIBLE. As stated by Cerone, “The use of guidelines is sound. It was the replacement of assignment letters and the often eventual removal of the role of the claim person that was bad.”
Ethically, our primary duty is to the policyholder. Yet sometimes, with little or no direction from the claims person, we must determine  what is was necessary and in the best interest of the defendant policyholder. Sometimes this includes  performing non-lawyer work including in gathering documents such as medical records; determining the need for and arranging for medical examinations; providing periodic status reports to the claim department; initiating the valuation of claims including recommendations for the amounts of case reserves; effectively deciding whether and when to try a case to verdict or to settle; conducting negotiations; and, essentially handling all aspects of the claim. 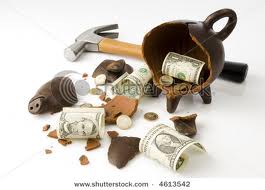 This may cause a greater number of billed defense hours and higher defense charges per case. Thus the use of general guidelines as a post billing hammer to adjust downward the number of hours charged. For example, if a billed item was not specifically included in the attorney’s responsibility as set forth in the guidelines, the billing charges were deducted and not paid.

9. Team work. It may be an overused phrase, but we need to work together. Discuss the strategy, even argue about what needs to be done, but do so professionally and with the goal of what is in the best interest of the insured client.
10. Don’t paper the file with reports to “CYA.” Look, I know that in this day in age, there will always be someone who want to pass the blame on to the attorney, but we have to take the high road. Shoulder the responsibility (and blame), while always sharing the success with others.

In time, I believe that doing the right thing for the sake of doing the right thing (and not for what it will benefit you) is always the best approach. Many more lessons have been learned from handling cases for trucking and insurance industry over 20 years, but for now, let me remind us all who defend the trucking industry and other commercial interests to have the following ten objectives:


1. To be responsive
2. To be Accessible (sorry, but that means 24/7)
3. To put their interests ahead of your own
4. To listen intently and actively
5. To visit and call them rather than only communicating by email
6. Perform the legal work efficiently, effectively and economically
7. Accurately bill them
8. Never surprise them
9. Understand their business and industry
10. Anticipate their problems

As always, if we can assist you in any way, please call us day or night, 24-hours a day, seven days a week, 52 weeks of the year. We are here for YOU.
Mark Perkins
Perkins & Associates, LLC
318-222-2426
Will Trucking Defense Attorneys Make Any Money in 2013?2013-04-042013-04-04https://perkinsfirm.com/wp-content/uploads/2017/01/perklogo-white.pngPerkins & Associates Attorneys at Lawhttps://perkinsfirm.com/wp-content/uploads/2017/01/perklogo-white.png200px200px
Recent Posts
Quick Links
Contact Info
Popular Posts
Material presented on the Perkins & Associates, L.L.C. website is intended for informational purposes only. It is not intended as professional advice and should not be construed as such. The material presented on this site is included with the understanding and agreement that Perkins & Associates, L.L.C. is not engaged in rendering legal or other professional services by posting said material. The services of a competent professional should be sought if legal or other specific expert assistance is required. This website is not intended to be advertising and Perkins & Associates, L.L.C. does not wish to represent anyone desiring representation based upon viewing this website in any state or jurisdiction where this website fails to comply with all laws and ethical rules.
Punitive Damages Against Bar Owner in AlabamaGeneral
Why the Billable Hour Gets a Bad Reputation!General