Just what happens at those truck stops? Are there really prostitutes knocking on the doors of truck cabs? Do truck drivers encourage trafficking or prevent it?

How serious is the problem?
Last year the American Trucking Association announced plans for a national policy to encourage truckers to be part of the solution. For more information, review the October 2012 posts at this site.
Federal agents say truck stops are a common place to find human sex trafficking. It’s also at truck stops that everyday heroes can be found — the nation’s eyes and ears. The nonprofit Truckers Against Trafficking is calling upon truckers to report what they see so victims can get help.
At truck stops across America Chris Striker says prostitution is easily found. Striker, who owns his own transportation company, Centurion Transport, says it’s heartbreaking to see young girls.
Human trafficking, a term for modern-day slavery, is a $32-billion worldwide industry with more than 27 million people enslaved. It has been reported in all 50 states, and the number of victims in the United States is estimated in the hundreds of thousands. This website has been created to enable members of the trucking/travel plaza industry and other travelers learn what you can do to help stop this atrocity.
Around the world, there are an estimated.  27 million slaves today. This is more than at any other time in world history. Modern-day slavery, when it results in people being bought and sold for forced labor or commercial sex, is called human trafficking. 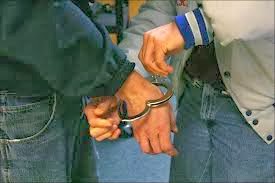 Foreign nationals from multiple countries are trafficked into this country on an annual basis; and the U. S. Department of Justice estimates that anywhere between 100,000-300,000 American kids are at risk of entering the sex trade each year.
For recent information on sex trafficking in Louisiana, officials with a multi-agency task force announced this past February arrests of 85 people in Louisiana for sex trafficking and related charges, they made a point of saying that such crimes tend to be especially prevalent leading up to the Super Bowl.
However, the nationwide effort that led to the arrest of 76 people a few weeks ago, including 18 in New Orleans – show that sex trafficking should be a consistent concern – even in the off season.

Traffickers don’t need a big event to exploit women and children into sexual servitude. Michael J. Anderson, special agent in charge of the FBI’s New Orleans Division, said of the sting-operation, “There was no special event in town. We weren’t doing this during Mardi Gras or the Super Bowl. We had the numbers that we did on a fairly normal weekend. We’ve got a serious problem here that’s a year-round issue.”

If it’s a year-round issue, law enforcement officials are right to be vigilant in addressing this problem. Because truckers are on the road almost everyday in many places, they can do much to help prevent this tragedy.
Human trafficking is a booming business, second only to drug trafficking. A large percentage of the people trafficked are women and children. They are the prostituted people on the street and in private homes, and in legitimate businesses such as restaurants, truck stops and motels.
They need to be identified and rescued.

You Can Help Us Stop This Nightmare

This is where you come in! Check out  Truckers Against Trafficking . This group recognizes that members of the trucking industry and individual truckers are invaluable in the fight against this heinous crime. Truckers are in a unique position to make a difference against traffickers who seek to exploit the   transportation system for their personal gain.
Truckers too often get a bad reputation in America, but truckers do a great job. Most are honest, hard-working  salt of the earth folks. Wouldn’t it be great if more was sad of truckers preventing sex trafficking than is said about truckers and accidents?
I am proud to be an advocate for the industry. I am even more honored to be an advocate for Truckers Against Trafficking.

Truckers and Sex Trafficking2013-10-032013-10-03https://perkinsfirm.com/wp-content/uploads/2017/01/perklogo-white.pngPerkins & Associates Attorneys at Lawhttps://perkinsfirm.com/wp-content/uploads/2017/01/perklogo-white.png200px200px
Recent Posts
Quick Links
Contact Info
Popular Posts
Material presented on the Perkins & Associates, L.L.C. website is intended for informational purposes only. It is not intended as professional advice and should not be construed as such. The material presented on this site is included with the understanding and agreement that Perkins & Associates, L.L.C. is not engaged in rendering legal or other professional services by posting said material. The services of a competent professional should be sought if legal or other specific expert assistance is required. This website is not intended to be advertising and Perkins & Associates, L.L.C. does not wish to represent anyone desiring representation based upon viewing this website in any state or jurisdiction where this website fails to comply with all laws and ethical rules.
How NOT To Be a BORING Conference SpeakerGeneral
Three Months Since Last Blog Post: Memorial to “Poppi”General