Yep! Over Three months since  I last posted.

The reason is that between late September through Thanksgiving, my wife, sister, brother-in-law and I were helping to care for our stepfather who was in the last days of Lou Gehrig’s disease. I will return to more regular posting on trucking issues soon, but for now, please  consider this eulogy to my step-father, Brodie Jack Whipple. 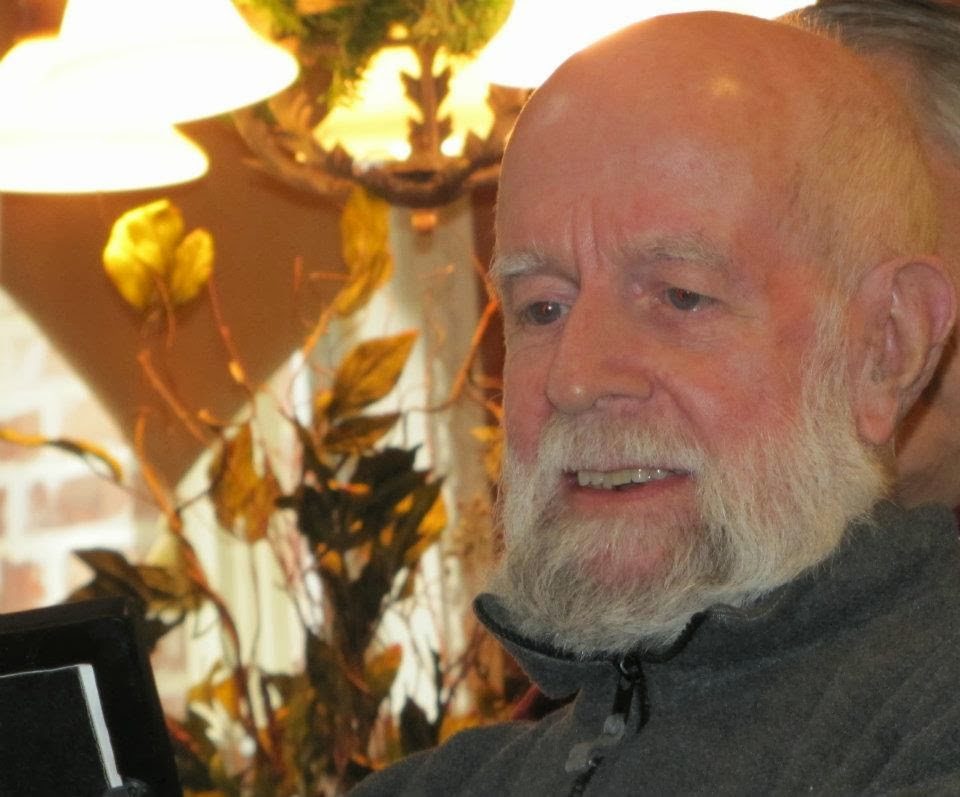 Since October 22 of this year,  I have spent more time with “Poppi” than in the last 20 years.
Unlike my sister, I was never as close to Poppi.
Don’t get me wrong, I love him, but honestly, I never really knew him. To me he was always “Whip,” a nickname for his last name, Whipple. Do his granddaughters and just about everyone else, he was known as “Poppi.”
I started calling him Poppi in the last year or so. I don’t know why. I just did.  It seemed right.
I probably didn’t know him so well only because when our family gets together, most of the air-space is taken up by ALL OF US  so that a quiet man like “poppi” would rarely  have room to make a comment.
On the occasion when he could get a word in edge-wise – OR- if something NEEDED to be said, it was usually pretty weighty.
In the last few weeks of his life, as  Poppi and I got pretty “up close and personal,” some of the weightier comments  included:
1.     “Your mother has been the best part of my life.”
2.     “I don’t know how it happened:  The words just came out of my mouth, “Will you marry me?” and the words just came out of her mouth “Yes.”
–         Mom and Whip were married in the very room where he spent his last days looking out the window and  watching TV with the ever-present clicker
–         Funny thing, even when he could not speak, he had control of the clicker
3.     “Tell your girls (Jessica and Erica) how much joy they have brought to my life.”
4.     “You’re a good boy.”
5.     “When is Joan coming over?”
–         This is a phrase that I ALWAYS heard from Poppi because no matter how many times I was in town for business  and stopped by, he would  always say, with a twinkle in his eye, “It’s good to see you, but when  is Joan coming over.”
I love him for the affirmation and kindness he always showed Joan.
The first week that Joan tagged team from Shreveport to take care of Poppi, she made him  oatmeal , which he went on and on about.
A few days later I made him the same syrupy oatmeal that Joan made, but that same familiar  twinkle in his eye, he said: “Tell Joan that I like the way she taught you to make oatmeal.”
Not to be outdone, it was time to introduce Poppi to McDonald’s breakfast burrito, which he  ate almost every day for  as long as he could eat.
I surpassed Joan in something!
He loved the backyard and I had the privilege of clearing away a bunch of brush around the Lady Bankston roses planted by my sweet grandmother, Mema,  and his pear tree  this past summer.
There were many things he built and planted for Mom and the birds. I thanked him for doing that … even if it DID require me to sweat off ten pounds working in his yard!
He loved Sam, his dog. He knew when Sam needed something. Even when he could barely talk, Poppi would remind me to take care of Sam. The same for that obnoxious  cat, named DC for “damn cat.”
Above all, he loved my mother.
He told me recently “I have hardly ever said No to your mother.”
He was the bread to my mother’s butter; the salt to her pepper.
One of the last things, I told him was how much I loved him for loving Mom, Leisa and Joan, my wife the way he did.  He was a good and gentle man.
In these last days we had some good talks about his hometown of Mer Rouge, his paintings, his mother, CNN, Fox News, Duck Dynasty, “Big Bang” the television show .
I also endured  the weather channel, the antique road show, The Neighbors, the Young & The Restless (that he watched TWICE a day) and football.
We were able to talk about faith issues several times.  These talks were never heated or controversial. The last time I talked to Poppi was when I knew he wanted to go, but didn’t know “how.” I reminded him of some of our earlier talks that:
God is infinitely merciful.
That God, in his mercy, became human in Jesus to literally bear Poppi’s   disease on the cross  so that Poppi  could  be with God  eternally healed.

I encouraged Poppi to simply trust Jesus to take his hand and go ahead and pass in peace. 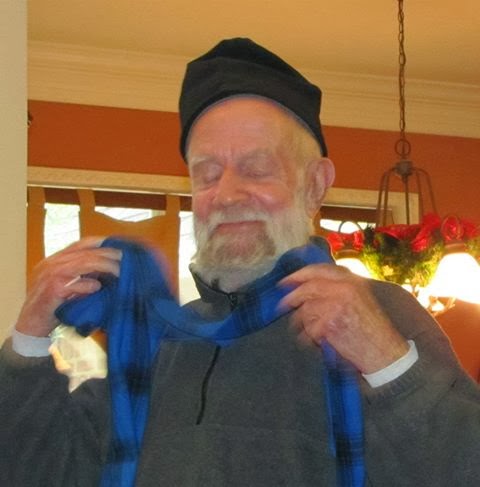 Three Months Since Last Blog Post: Memorial to “Poppi”2014-01-172014-01-17https://perkinsfirm.com/wp-content/uploads/2017/01/perklogo-white.pngPerkins & Associates Attorneys at Lawhttps://perkinsfirm.com/wp-content/uploads/2017/01/perklogo-white.png200px200px
Recent Posts
Quick Links
Contact Info
Popular Posts
Material presented on the Perkins & Associates, L.L.C. website is intended for informational purposes only. It is not intended as professional advice and should not be construed as such. The material presented on this site is included with the understanding and agreement that Perkins & Associates, L.L.C. is not engaged in rendering legal or other professional services by posting said material. The services of a competent professional should be sought if legal or other specific expert assistance is required. This website is not intended to be advertising and Perkins & Associates, L.L.C. does not wish to represent anyone desiring representation based upon viewing this website in any state or jurisdiction where this website fails to comply with all laws and ethical rules.
Truckers and Sex TraffickingGeneral
Can the UM Insurer Reduce/Offset Payments Made by Workers Compensation Insurer When Settling With a Plaintiff/Employee?General