Synthetic Drug Use and Accidents: A “Moving Target” of Ever-Changing Substances

Synthetic drug use continues to be a major hazard causing traffic accidents. Last month, in Wisconsin, a truck driver was charged with two felonies for allegedly smoking synthetic marijuana before causing a fiery nighttime crash that killed a central Minnesota truck driver on Interstate 94 in western Wisconsin.
Recently in Northwest Louisiana, 24,000 grams of synthetic marijuana was confiscated and several people arrested as part of an in-depth investigation that began in April of Caddo Parish area businesses.

The seizure came as the result of an in-depth investigation initiated in April of 2012 as a response to allegations of the distribution of illegal narcotics at area businesses. Based on information and evidence gathered during that investigation, agents served search warrants at several businesses, as well as at residences, storage buildings, safety deposit boxes and bank accounts connected to the investigation.

The DEA and other law enforcement agencies started raiding smoke shops and other sellers of synthetic marijuana and other synthetic drugs — like bath salts — in about 100 cities nationwide.
Synthetic drugs, initially marketed as “legal” alternatives to such drugs as cocaine and marijuana, have been linked to more than 20 deaths nationwide. Drug agents and health professionals have been warning these new designer drugs, including synthetic marijuana products sold as incense and bath salts, haven’t been tested or approved for human consumption and can mimic the effects of cocaine and LSD.

Besides being cheap and easily obtained, they do not show up in common drug tests.The products are often packaged as incense or bath salts and can be obtained for as little as $10 at many head shops. As more people experiment with them, the results are becoming evident at hospitals: a sharp spike in the number of users who show up with problems ranging from labored breathing and rapid heartbeats to extreme paranoia and delusions. The symptoms can persist for days.
Testing for Sythetic Drug Use? 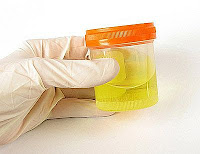 This is new territory for the  forensic and crime lab community,” said Mike O’Connell, communications director for the Missouri Department of Public Safety, the administrative agency over the Missouri Highway Patrol. In Greene County, drug charges are only filed after the highway patrol crime lab confirms that substances seized by police are in fact illegal.
“The testing of controlled substances used to be a black and white issue,” O’Connell said. For synthetics though, prosecutors need labs to make a call on whether or not a chemical structure is “substantially similar” to a specifically outlawed chemical.
“That is an excruciatingly difficult proposition,” O’Connell said. “A lot of this stuff falls outside of the expertise of the highway patrol crime lab.” And most other labs, for that matter.
The Rapid City, South Dakota-based Occupational Health Network tests for synthetic drug use among truckers and other drivers, but no other businesses in Rapid City test for synthetics, said Senior Officer Paul Wathen of the Rapid City Police Department. He said the police department can test suspects for synthetic drug use but must send the test to a laboratory in California.
Researchers at the Durham North Carolina Research Triangle Park-based contract research institute RTI International have published a pilot study about a test strategy they say could potentially help law enforcement detect synthetic drugs known as spice or bath salts.
“Detecting designer drugs is challenging because as bans on specific compounds go into effect, manufacturers can substitute a closely related substance, creating a constantly moving target,” said Megan Grabenauer, a research chemist at RTI and lead investigator of the study, in a prepared statement in the release. “But while the structure of designer drugs can be altered to avoid detection, the fractional mass stays relatively stable, making it a useful marker for identification.”

Schneider National Inc. of Green Bay has been testing the hair of people applying to be truck drivers  for the past four years.   Other trucking firms, such as Roehl Transport of Marshfield, also have added follicle drug tests to their screening processes as well.
Testing an applicant’s hair can detect drug usage over longer time periods than urine tests, the report said. Whereas molecules of methamphetamine, tetrahydrocannabinol and other drugs remain in urine for only a few days, they can be found in hair for months.
Yet, the testing of synthetic drugs remains illusive and expensive.
Accidents Related to Synthetic Drug Use Increasing
In August of 2011, Karen Dobner, the Aurora, Illinois mother who blames synthetic marijuana for the car accident on Route 31 in which a car smashed into a house killing her 19-year-old son, voiced her concerns nationally for NBC’s “The Today Show.”

In St. Mary Parish, Louisiana, a 24-year-old man was arrested on synthetic drug charges during a traffic stop Tuesday night. The Sheriff’s Office said Sean Capak of Franklin was initially pulled over around 9:30 p.m. because his car had no brake lights.Offiicials said when the deputy approached Capak he appeared nervous, causing the deputy to get suspicious.

In  the recent Wisconsin incident, according to a criminal complaint filed in Dunn County, Wis., Destry D. Wilson, 22, of Redding, Calif., stopped his flatbed semi in the westbound driving lane of I-94 near Menomonie and was rear-ended by a second semi, which burst into flame. The driver of that truck, Brian L. Paglusch, 43, of Paynesville, couldn’t escape his damaged cab and died of “catastrophic thermal injuries.”

With the investigation pointing to Wilson’s use of synthetic marijuana as a factor in the crash, Paglusch became the third Minnesotan whose death has been linked by authorities to synthetic drugs.
Officers who investigated the collision wrote that Wilson smelled of marijuana, seemed slightly disoriented and had red eyes. He told a deputy that while stopped at a rest area before the crash, he had used a pipe to smoke “spice,” a type of synthetic marijuana, in the bunk-area of his cab, according to the complaint.

Wilson was charged with homicide by intoxicated use of a vehicle and homicide by negligent operation of a vehicle, both felonies, and possession of drug paraphernalia, a misdemeanor.
Until there is better testing procedures for these drugs, trucking companies should not be held responsible for negligent hiring or retention for employees violating company policies when using and abusing synthetic drugs. This is a serious problem that demands even more attention than alcohol abuse because identifying the synthetic drug  as an illegal substance is a rapidly moving target.

In the meantime, you can be certain the plaintiff’s attorneys will find ways to impose liability on the trucking company. We see that claims for punitive damages will increase as demands for sythetic drug testing by the plaintiff’s bar.

Synthetic Drug Use and Accidents: A “Moving Target” of Ever-Changing Substances2012-09-202012-09-20https://perkinsfirm.com/wp-content/uploads/2017/01/perklogo-white.pngPerkins & Associates Attorneys at Lawhttps://perkinsfirm.com/wp-content/uploads/2017/01/perklogo-white.png200px200px
Recent Posts
Quick Links
Contact Info
Popular Posts
Material presented on the Perkins & Associates, L.L.C. website is intended for informational purposes only. It is not intended as professional advice and should not be construed as such. The material presented on this site is included with the understanding and agreement that Perkins & Associates, L.L.C. is not engaged in rendering legal or other professional services by posting said material. The services of a competent professional should be sought if legal or other specific expert assistance is required. This website is not intended to be advertising and Perkins & Associates, L.L.C. does not wish to represent anyone desiring representation based upon viewing this website in any state or jurisdiction where this website fails to comply with all laws and ethical rules.
Battlefield Blunders As Decisive As Brilliant Tactics: New Ideas to Defend the TruckerGeneral
Lawyer Speak Must Be Translated To Common WordsGeneral