Continuing the Debate Over Discoverability of Social Network Sites

Facebook and other social networks are becoming a pretty scary places for litigation attorneys.

Facebook pages are nearly mandatory for young adults these days. They’re sort of like the 1990s version of cell phones – you’re not cool unless you have one.
Lawyers need to instruct their clients that the content that they share (even if they use privacy filters) may very well be used against them. I have recently filed motions to compel discovery of social networking materials.

We have a standard discovery protocol requesting this information. If you would like a copy, please contact me at www.perkinsfirm.com or  via e-mail at perkins@perkinsfirm.com.

Nationally there hasn’t been much case law governing when Facebook content may become discoverable during litigation. Odds are this lack of precedent will be short lived. With the remarkable lack of discretion (or modesty) exercised by many Facebook users, wily lawyers are increasingly looking for ways to access private postings in order to use it against their adversaries.

Naturally, these efforts are being met with resistance.

Some argue that it’s a “fishing expedition.” When a person claims a personal injury with  post accident limitations, I think his pre and post accident activities is fair game. There are some “older” judges who are not willing to make a plaintiff give up this information, but as electronic discovery becomes more and more common, it seems this evidence is relevant and discoverable.

Pennsylvania is one of the states on the forefront of Facebook discovery disputes. Although no appellate court has decided when private Facebook content is discoverable, the State’s trial courts have developed a logical approach for dealing with the issue. The majority of courts have required the party seeking private content to make a threshold showing that their adversary’s public Facebook profile includes content relevant to the case. (See, McMillen v. Hummingbird Speedway, Inc. and Zimmerman v. Weise Markets, Inc.). If they can make this showing, the door is then opened for access to private information.
A New York appellate court followed similar logic in a personal injury case last fall. In Patterson v. Turner, a trial court in New York ordered a plaintiff to make his private Facebook content available to a defendant, even though there was no showing as to how this material was relevant. The First Division Appellate Court rejected this approach. It agreed that “postings on plaintiff’s online Facebook account, if relevant, are not shielded from discovery merely because plaintiff used the service’s privacy settings to restrict access.” However, it remanded the case back to the trial court with an instruction to make “a more specific identification of plaintiff’s Facebook content that is relevant.”
Just recently a federal court adopted the relevancy threshold to resolve a Facebook discovery dispute. In Davids v. Novartis Pharm Corp. (E.D. NY 2012), a New York magistrate judge refused to grant access to a plaintiff’s private Facebook content because her public profile did not contain relevant evidence.
This relevancy threshold makes sense from an evidentiary perspective. Because only relevant evidence is admissible, a party seeking private content should arguably have to provide some basis for why it’s material. This is particularly true because Facebook pages frequently contain pictures and information that would be extremely embarrassing if it fell into the wrong hands. Requiring relevant public content provides at least some protection.

Do you have any idea how many potential resources there are for discovery of social media? See the following illustration: 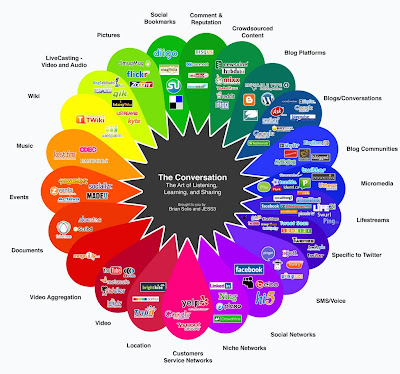 Life and litigation would be boring if it were easy. A very recent ruling has made things a lot more complicated.

In Gallagher v. Urbanovich, Nick Gallagher sued Matthew Urbanovich in Pennsylvania, claiming Urbanovich hauled off and punched him in the face during an intramural soccer game. During discovery Gallagher’s lawyer filed a motion requesting Urbanovich’s Facebook log-in and password information. The Judge granted this request, despite the fact that there was no evidence that Urbanovich’s public profile contained relevant information.
The Gallagher ruling should be a frightening development for any lawyer with a client using Facebook.

The Stored Communication Act (“SCA”) was passed by Congress in 1986 as part of the Electronic Communications Privacy Act. In a nutshell, the SCA’s intention is to provide 4th Amendment-like protection for data stored by third-party service providers. Meaning the Government can’t come in and force FB to hand over all the information it has on all its users without permission from a Court. Most people familiar with the SCA would agree that it is antiquated and is in serious need of an overhaul. The privacy protections afforded by the Act vary and are determined by whether the service provider is considered an electronic communication service (“ECS”) or a remote computer service (“RCS”) provider. In the present day these two classifications are difficult to delineate.

In the matter, Crispin v. Audigier (U.S. District Court for the Central District of Calif.), the Defendant sought information from the Plaintiff’s MySpace and FB accounts. The Plaintiff sought to quash the subpoena for a number of reasons, including that it violated the SCA. The Court concluded any unopened messages or communications would allow for FB or MySpace to be branded an ECS as per the SCA definition, but once those messages were opened the service provider was acting as an RCS. Therefore, some components of the Plaintiffs pages were protected by the SCA, while others were not.

If it’s locked down or marked Private then the Courts can’t get it,  right?

A personal diary is potentially discoverable as it goes to state of mind and is often used in proceedings. If a person locks his or her account down so it is only viewable to a limited number of individuals that is not protection from discovery. In Leduc v. Roman and Murphy v. Perger, the Courts determined that locking down the accounts did not preclude discovery or requests for information from the SNS accounts. However, that does not mean that the opposing party has the keys to the kingdom. Parties should only produce and receive items that are relevant or that have been ordered for production by the Court. 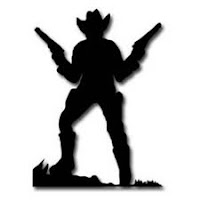 If Facebook discovery really has become the Wild West, there is a very serious possibility that anything and everything a client decides to post is fair game for your adversary.

And if you don’t see this as discoverable, you haven’t seen what goes on at Facebook!
Continuing the Debate Over Discoverability of Social Network Sites2012-05-242012-05-24https://perkinsfirm.com/wp-content/uploads/2017/01/perklogo-white.pngPerkins & Associates Attorneys at Lawhttps://perkinsfirm.com/wp-content/uploads/2017/01/perklogo-white.png200px200px
Recent Posts
Quick Links
Contact Info
Popular Posts
Material presented on the Perkins & Associates, L.L.C. website is intended for informational purposes only. It is not intended as professional advice and should not be construed as such. The material presented on this site is included with the understanding and agreement that Perkins & Associates, L.L.C. is not engaged in rendering legal or other professional services by posting said material. The services of a competent professional should be sought if legal or other specific expert assistance is required. This website is not intended to be advertising and Perkins & Associates, L.L.C. does not wish to represent anyone desiring representation based upon viewing this website in any state or jurisdiction where this website fails to comply with all laws and ethical rules.
Keep talking and driving in LouisianaGeneral
Excluding SSA Disability Determination in Tort LitigationGeneral