Battlefield Blunders As Decisive As Brilliant Tactics: New Ideas to Defend the Trucker

Battlefield blunders can be as decisive as brilliant tactics.The battlefields of history are littered with losers who failed  to recognize and develop new strategies.
Burnside at Fredericksburg: The Battle of Fredericksburg was a humiliating meat-grinder of a defeat for the Union Army, and the fault lies squarely with General Ambrose Burnside.  The man would be forgotten today but for the fact that he lent his name to excessive cheek hair.
Custer at the Little Bighorn: Why Custer thought he could go hey-diddle-diddle-right-up-the-middle into a swarm of angry Indians remains a mystery. The Plains Indians were among the finest cavalrymen ever.  When the repeating rifle came into their hands, they weaponized a Spanish import: the horse.
I  consider every  case as a potential battle, or least a skirmish, that must be carefully executed. We cannot follow the fate of the unprepared or misinformed in defending our client, particularly trucking clients.
We must not be like the ego-centric Custer and wallow in the war stories of past glory,  while ignoring new means and methods of defending against actions. We must constantly look for new methods of proof. 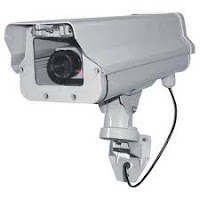 1. VIDEO CAMERAS
Upon arrival at the accident scene, immediately check for video cameras-public or private.
Sure, it’s a long shot that any are present or even longer that the accident was caught on film, but you must act immediately to have any chance of preserving any possible capturing of the accident on video. Even a snippet of information can corroborate speeds.
Recently, I told a client that I had wished we had obtained the surveillance information immediately following the accident. He was somewhat perturbed for making this suggestion. I was not implying that he or his scene investigator had  done anything wrong, but I knew this area and I knew that there were cameras all around the truck stop. Had we received this information sooner, we may have learned that the plaintiff had been driving at a high speed and could have avoided our driver who was making a left turn from the  truck stop.
Video cameras can be both public and private. From municipal intersection cams to business security cameras, the myriad of possibilities constantly increases. Although it is rare that municipal or cameras on the highway, preserve the information, a  security camera outside a business captured the landing of the airliner on the Hudson River. My investigation of this particular area revealed that there was  convenience store surveillance camera that would have  captured the vantage point of the plaintiff. There was also a surveillance camera at a fast food restaurant that was directly pointing at where our driver would have been pulling out.
If you want this stuff, you need to get our there quickly and preserve it. Rarely does the private company keep this data more than a few days. Wouldn’t it be great to have unbiased documentation of your driver’s version in an intersection accident.
Lucky? Luck is  the by-product of anticipation and preparation.
2. EARLY SURVEILLANCE
If you do traditional surveillance, do it early, immediately after the accident. Frequently this is far more productive than later when claimants are warned by an attorney or guarded for the sake of litigation. 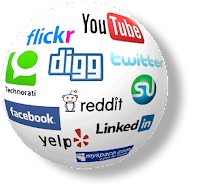 3. CHEAP SURVEILLANCE: SOCIAL MEDIA
Social media is everywhere.  Younger generations live there, but even the  older generations engage it regularly. People constantly post their activities and photos. Those who do so before or after they assert a claim against our companies are handing us a gift.
A few years ago, I was defending an alleged closed-head brain injury claim. The plaintiff stated there were numerous activities, she was unable to do, including being in crowds. Oddly, she posted on Facebook, movie scenes in which she played an extra.
We cannot waste this resource of cheap surveillance. Act fast because personal injury lawyers know we are asking for this information now. Facebook has limited the access to this information, but good discovery questions can ensure this information is made available to you.
Check available public sources immediately upon the accident, before it can be taken down. All to often, by the time a lawsuit is filed, the information has been privatized or deleted. When your hire an attorney to oversee the investigation of an accident, you should also have him check public access to social media.
Neither you nor your lawyer can befriend someone, but often social media is not privatized, at first. Download and preserve photos and videos. Then follow up regularly. You can often save the expense of iffy surveillance by capitalizing on “self surveillance”.
There are ways to request this information in discovery, but it’s more difficult to get. Better to get it early and preserve that information for use later.

4. PUSH BACK
Let plaintiff’s counsel  know they are in for a fight. This is not “hit-a-truck, get-a-check.” Be aggressive and demand medical and employment releases even before you answer the lawsuit.  Request a list of providers and employers also.
Many plaintiff’s lawyers move by inertia so  follow up in at least thirty days, reminding them of your prejudice due to their delay. 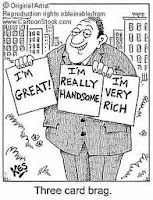 Don’t let the braggadocio plaintiff’s attorney control the case, but keep some humor about it. An attorney in Texas told me that he liked to “cut the gonads of insurance defense lawyers.” My response, “Be sure you have a sharp knife.”
5. PRE-LITIGATION MEDICAL AND VOCATIONAL EVALUATIONS
Request IME’s and vocational interviews early, even before suit is filed. Even if it is just a records evaluation (assuming you have the records). If plaintiff agrees, you have early evaluation by your expert to rebut their claims. If they refuse, we have documented our attempt and their rejection, raising questions of their validity.
Plaintiffs  often delay for months or years while they build their case, one visit at a time, before filing suit. We remove  the argument that initial claims of injury and disability must be justified if our  experts were not allowed to see  the plaintiff until much later.

6. DIG DEEP AND WIDE
Undermine plaintiffs’ claims of “no prior similar injuries” by digging for  the data. Request the identity of all prior medical insurers, pharmacies and health care providers.
You may have a client who thinks the pre-accident information is unnecessary but it’s rare. Most of them know that the plaintiff’s pre-accident problems are highly relevant.
Okay, we know that the plaintiffs will not tell us the truth about all the pre-accident health care providers, but they may not realize that when we get their pharmacy records, we will know who has been prescribing them drugs. Identify all pharmacies filling prescriptions for any reason. These can often reveal prescriptions that can again be traced to similar previous maladies. Alternatively, they can reveal abuse that may be admissible based upon their effect on life expectancy.
Better yet, the health insurers will reveal ALL the providers and pharmacies that have been paid. Subpoena their files. These records can lead to prior treatment that plaintiff previously denied.
CONCLUSION:
We know that every case has its unique challenges. Our clients may not want us to do some of the things suggested, but any case can be LOST cheaply. Some cases will only be settled cheaply when we push-back and dig deep. To do that, we must anticipate and be prepared.
Prior to the battle at Little Big Horn, Brig. Gen. Alfred Terry had advised Custer to await the arrival of two columns before engaging the enemy. These reinforcements were approaching at the time of the attack. So why did Custer disregard Terry’s warning?
Some historians suggest Custer had lost the element of surprise and was compelled to attack. Author Mari Sandoz suggested it was because he wanted to be president.  The Democratic National Convention was to begin in St. Louis in two days, and news of a victory would certainly have boosted presidential ambitions.
Dozens of other theories abound, but no doubt Custer used old methods and was unprepared for the battle. Of course, a legal battle pales in comparison to military battles; however, the lessons are applicable:
By the way, the Trucking Industry Defense Association Advance Seminar in February 2013 will have some unique and practical idea on how to defend the the FIVE-figure case (yes, those less than $100,000). Also, there will be a session on how the good case went bad and how the bad case turned out good.
Plan on being in San Diego for the Advanced Seminar. For more information, check out www.tida.org for more information. Or get back in touch with me because I am co-chairing the program.
Battlefield Blunders As Decisive As Brilliant Tactics: New Ideas to Defend the Trucker2012-09-132012-09-13https://perkinsfirm.com/wp-content/uploads/2017/01/perklogo-white.pngPerkins & Associates Attorneys at Lawhttps://perkinsfirm.com/wp-content/uploads/2017/01/perklogo-white.png200px200px
Recent Posts
Quick Links
Contact Info
Popular Posts
Material presented on the Perkins & Associates, L.L.C. website is intended for informational purposes only. It is not intended as professional advice and should not be construed as such. The material presented on this site is included with the understanding and agreement that Perkins & Associates, L.L.C. is not engaged in rendering legal or other professional services by posting said material. The services of a competent professional should be sought if legal or other specific expert assistance is required. This website is not intended to be advertising and Perkins & Associates, L.L.C. does not wish to represent anyone desiring representation based upon viewing this website in any state or jurisdiction where this website fails to comply with all laws and ethical rules.
Legal Ethics in Social Media: Legal Blogs, Firm Web Sites and Marketing SitesGeneral
Synthetic Drug Use and Accidents: A “Moving Target” of Ever-Changing SubstancesGeneral